Introduced by Elijah Bond in the year 1890, the infamous ouija board was initially just a regular board game which consists of letters, numbers, and the words – yes or no and other symbols. A person basically uses a planchette that moves around the board. The game earned significance during the first World War during which a spiritualist proclaimed the Ouija board as a divine tool which can be used to contact the dead. From there it gained popularity and people started using it to either talk to the dead or simply just use it as a game to spook each other. The Christian denominations believe it leads to demonic possessions while certain occultists believe that it leads to positive transformations. Some argue that the planchette on the board is moved by spirits while others say it is just an ideomotor effect (wherein a person moves the planchette unconsciously leading them to believe that it is the work of some spiritual entity). Demons or no demons this board game has to some really disturbing crimes where people blame the board for the crimes they commit.

In the year 1929 two Seneca Indian women, Nancy Bowen, 66, a tribal healer and Lila Jimerson, 36, decided to consult the Ouija board to find out the truth about the death of Nancy’s husband Charlie Bowen who was also a tribal healer. According to the Ouija board, Charlie Bowen was killed. Not only that the Ouija board named the killer as “Clothilde” and also gave an address as to where this person named ‘Clothilde’ lived. Coincidently Jimerson was acquainted with a woman named Clothilde Marchand, wife of Henri Marchand.

Shortly, after the encounter with the Ouija board, Nancy started receiving several letters from a mysterious person named “Mrs. Dooley”. The letters from Mrs. Dooley claimed that Clothilde Marchand killed Charlie Bowen. The letters also accused Clothilde Marchand of witchcraft and that she hexed Charlie Bowen out of jealousy. Nancy became convinced that it was Clothilde who killed her husband and Nancy was the next target.

In March of 1930, Clothilde Marchand answered her door only to witness a Native American standing at the door, who attacked her with a hammer and later stuffed a rag doused in chloroform down her throat. Clothilde’s 12-year-old son found the body when he got back from school.

The police later found out that Henri was acquainted with Lila Jimerson who apparently was one of his models as he created the Iroquois Dioramas for the state museum in Albany. Lila Jimerson and Nancy Bowen were taken into custody on the day of the murder as prime suspects. Several theories were published by the press, one coming straight from the police that Lila harbored the feelings of love for Henri and her passion drove her to commit such a crime. But later it was found that Henri and Lila were more than just acquaintances they had a love affair going on which was proved by the love letters that Henri had written Lila. Therefore the case had a fresh perspective because Henri had a good motive to kill his wife. But of course, it was all speculation by Jimerson’s lawyers. Eventually, Lila Jimmerson was acquitted of her crime and Nancy Bowen pleaded guilty and was released on the account of time served. Whereas Henri Marchand married late Clothilde’s 18-year-old niece in the same year. 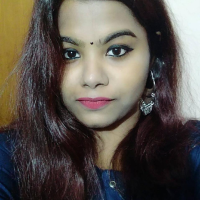